Published on 28 February 2020 in Press Releases

Businesses must be ready to adapt to new methodologies of market segmentation to stay ahead of the competition in the business ecosystem today.

28 February 2020, SINGAPORE: Spearheading the research on ASEAN consumers, Dattel has launched state-of-the-art Consumer Intelligence console that is designed to empower market players to discover hidden truths about their consumers across Indonesia, Thailand and Malaysia. The console, which is known as Dattel Voyager, was launched through a series of masterclass that were held in Jakarta, Indonesia on 19 Feb 2020 and in Bangkok, Thailand on 25 and 27 Feb 2020 respectively.

Cumulatively attended by 46 marketing strategists and business planners from 25 companies, the masterclass proved to be excellently prolific. During the sessions of the masterclass, the attendees had early sneak-peek and first-hand profound experience of the new Dattel Voyager. They had the opportunity to utilise the features and functions in a demonstration of data interpretation that will enhance and assist them in their daily work and established ways to decipher data that in turn provides meaningful insights and growth possibilities. Built with a user-friendly and intuitive interface, Dattel Voyager promotes ease of use which allowed processes to be done quickly and easily.

Due to its user-friendliness and remarkable user-interface, Dattel Voyager will be extremely useful to market players at any level, especially those who are beginners in data science and statistics.

Coined as a powerful tool by the attendees, Dattel Voyager provides a holistic view of consumers across 10 verticals. Brands will be able to understand consumer landscape comprehensively and better identify their customers beyond direct interactions. It is additionally equipped with AI-powered Universal Consumer Persona that gives brands, agencies, retailers and governments a dynamic and data-driven synergy in understanding consumers better.

With the introduction of Dattel Voyager, one of the key features is Dattel’s Universal Consumer Persona. Consumer persona is a prevalent term that is used in the marketing ecosystem. However, what Dattel has launched is a behaviour-first & data-driven persona framework, designed exclusively to depict distinct behaviour groups of consumers in ASEAN accurately across 10 verticals. Dattel’s Universal Consumer Persona is developed through a sophisticated AI-modelling based on longitudinal data of curated consumer cohort that is captured via omnichannel technologies. Dattel then runs more than 1,000 variables through a complex algorithm to identify which set of behaviour variables can group consumers together, coming on top as ASEAN’s 1st Universal Consumer Persona.

This would be the first AI-driven Universal Consumer Persona. Why do we say this as universal? The answer is because all industries can utilise this method of market segmentation. With 10 Consumer Personas, brand owners, advertising agencies and media can formulate better strategies. The flexibility and incisiveness of the data are the main strengths of Dattel Voyager. Besides that, the users are able to analyse the market landscape from multiple perspectives, from consumer journey to consumption journey.

Dattel captures data across 10 verticals to represent the holistic view of an individual.  The verticals include Media & Communication, Food & Beverage, Fashion & Accessories, Health & Beauty, Home & Domestic, Transport & Mobility, Personal Development, Home & Utility, Finance & Wealth and also Leisure & Recreation. Ashran further explained, “Dattel studies these verticals from the perspective of a consumer. For example, we do not have “Automotive” because it is under Transport & Mobility. Similarly, we don’t capture retail as a standalone vertical, instead of as point-of-interest within the 10 verticals above”.

In one of the discussions between the facilitators and attendees, it was further deliberated that Dattel upholds the accuracy of data fed into Dattel Voyager through its single source and longitudinal consumer data known as Curated Consumer Cohort by Country. Dattel ensures to have a stabilised community of at least 2,500 people per country for Indonesia, Malaysia & Thailand that are tracked continuously throughout the year. Now, these cohorts are located at Tier 1 cities and market centres and more cities and countries will be covered towards the end of the year. These consumers are carefully curated to be representative of the country in terms of age, gender, income and location. The data that are captured are a mix of cognitive and non-cognitive data through omnichannel technologies. Finally, the backend A.I. detects anomalies of data if present, then further supported with a dedicated team of Q.A. personnel.

I like the uniqueness of Dattel Voyager’s functionality, especially when it helps to categorise consumers into specific behaviours that we want to look into deeper.

Believing that the year 2020 will be the rise of data-driven culture across various business environment, Dattel is looking at about 100 clients across the region for the year through multiple fronts to achieve this, which includes word of mouth from trusted users, and also knowledge engagement platform called Pathfinder. It includes seminars, webinars, round table sessions, publication, newsletters that are available to those subscribed via Dattel’s official website. At the same time, Dattel will constantly provide personalised sessions to the clients to assist them to fully utilise Dattel Voyager to its full potential. “We do believe that the data and insights that we provide can form a competitive edge for any business and that those who are not on the platform may be in a blind spot.” Ashran told, concluding the series of masterclass with news of official launch will be following suit in the coming quarter of the year. 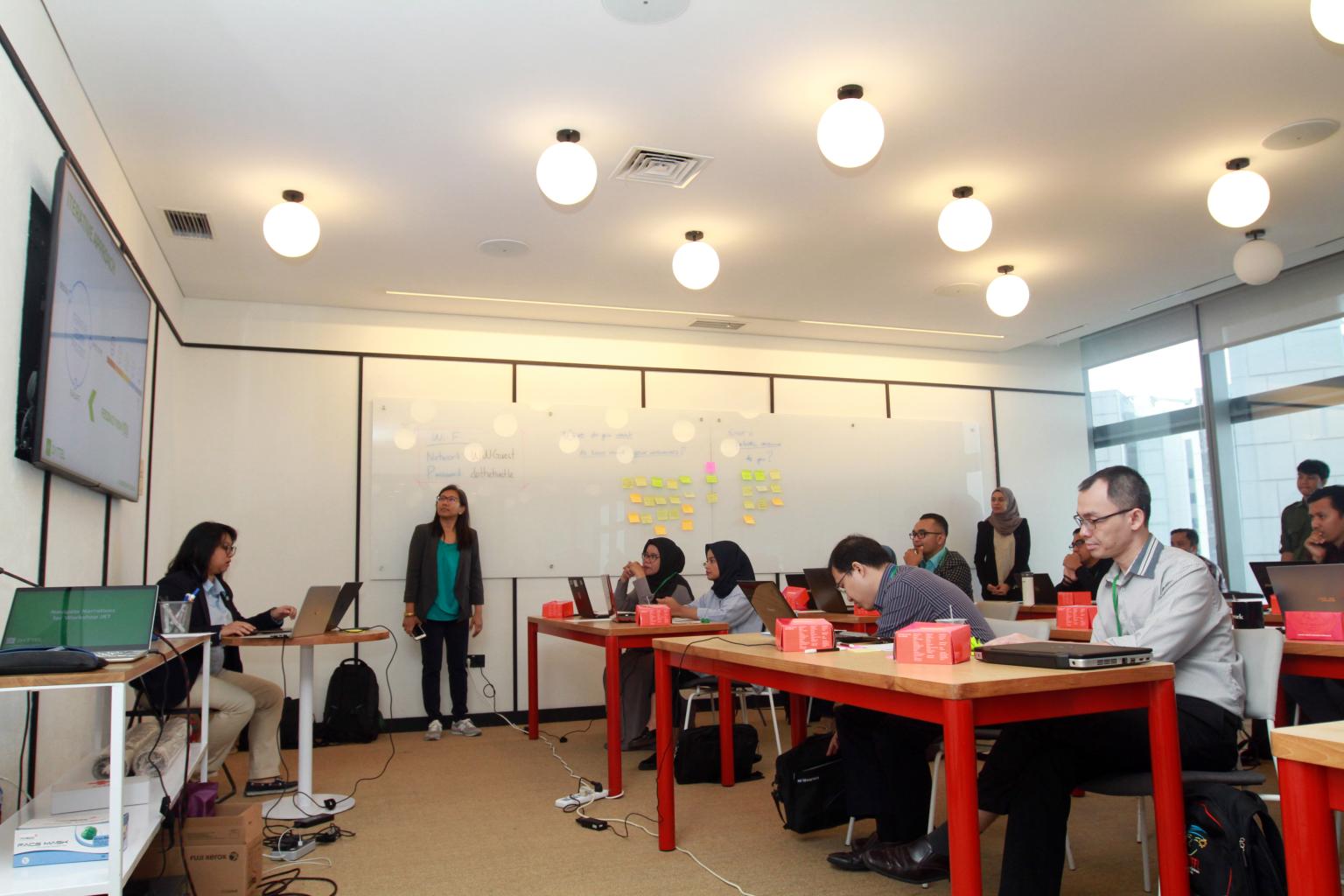 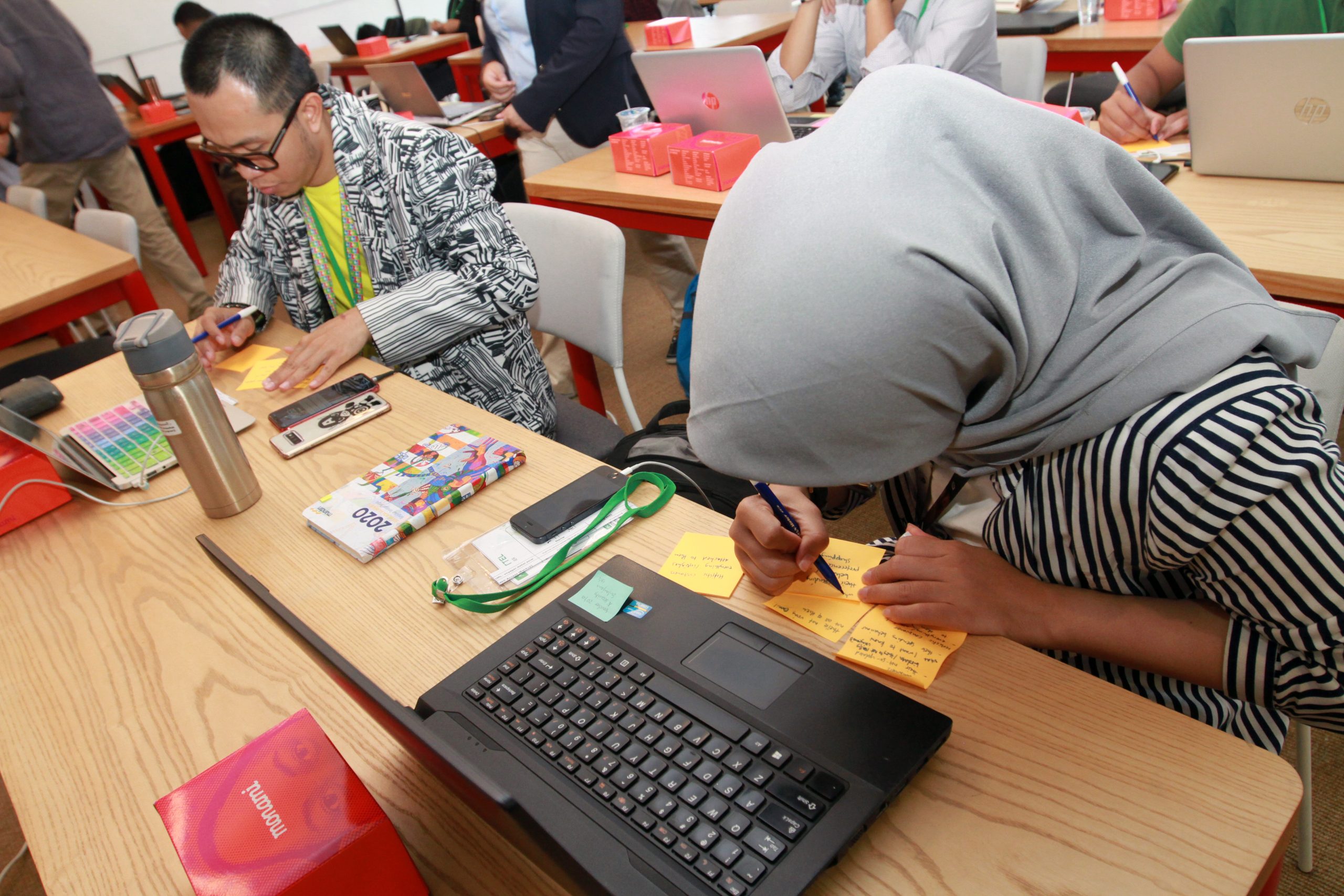 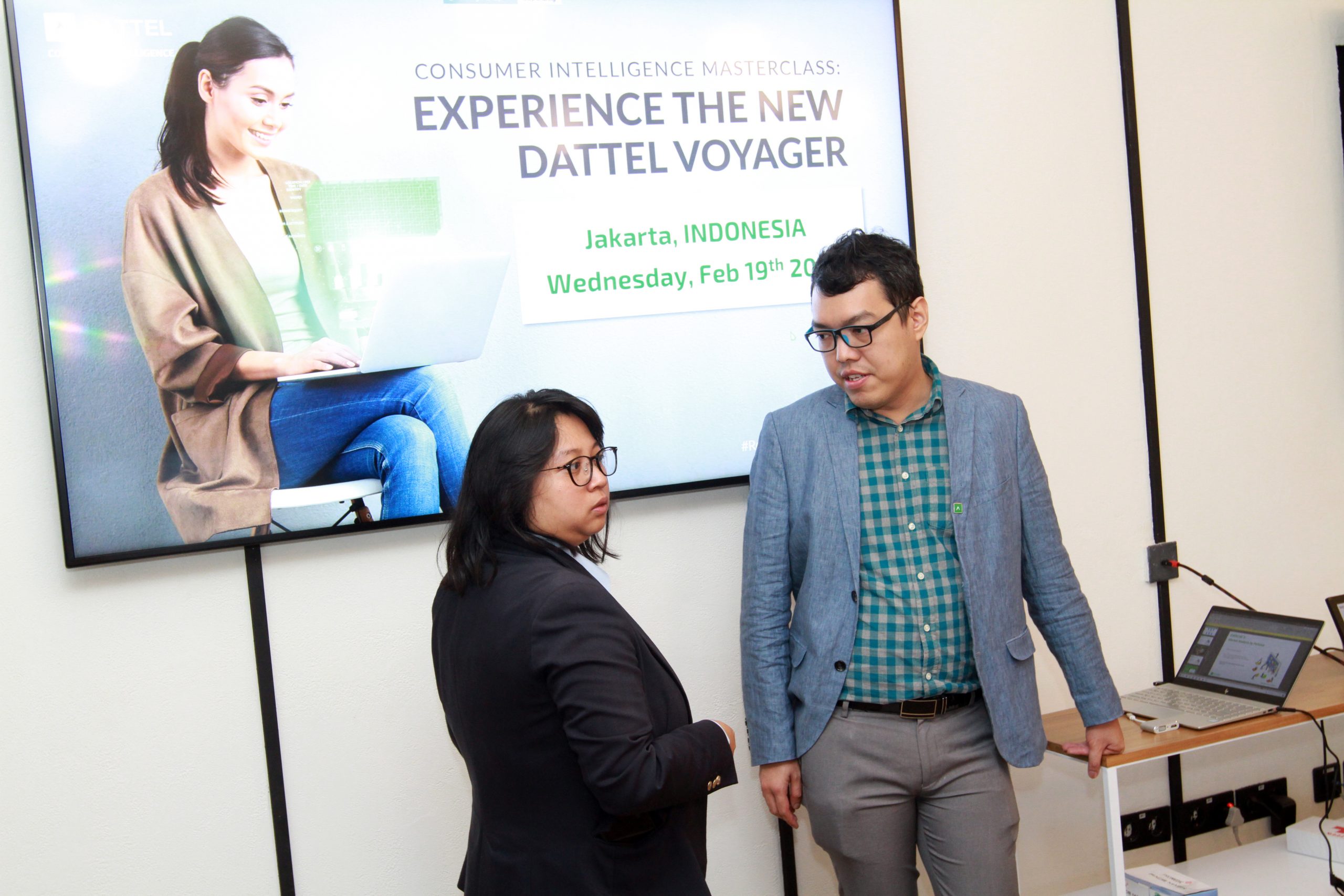 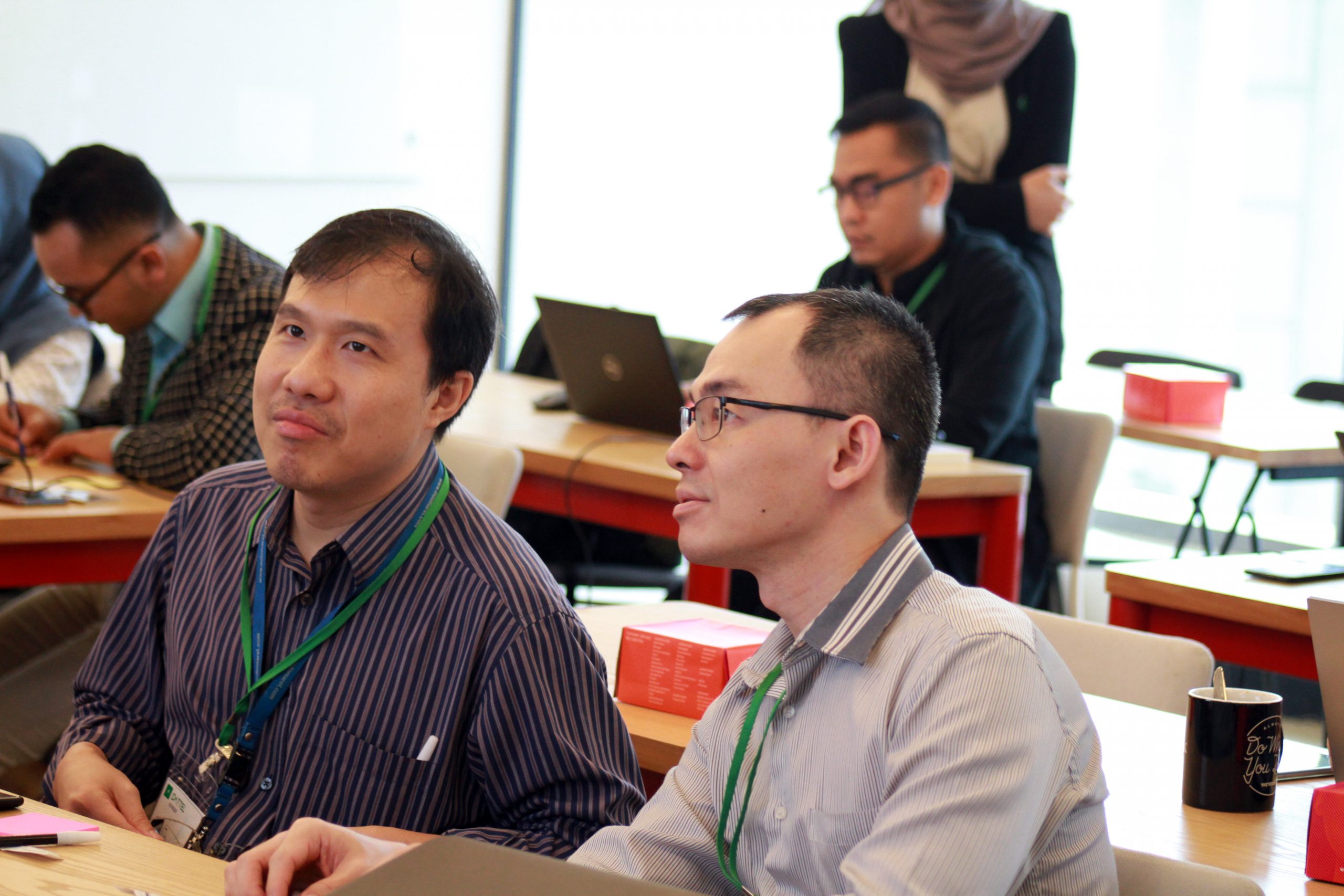 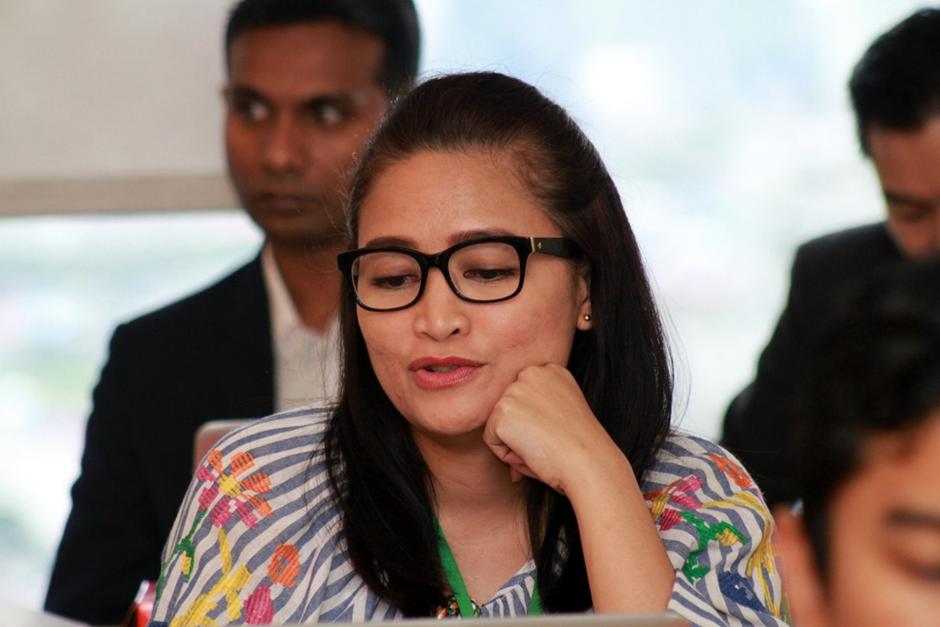 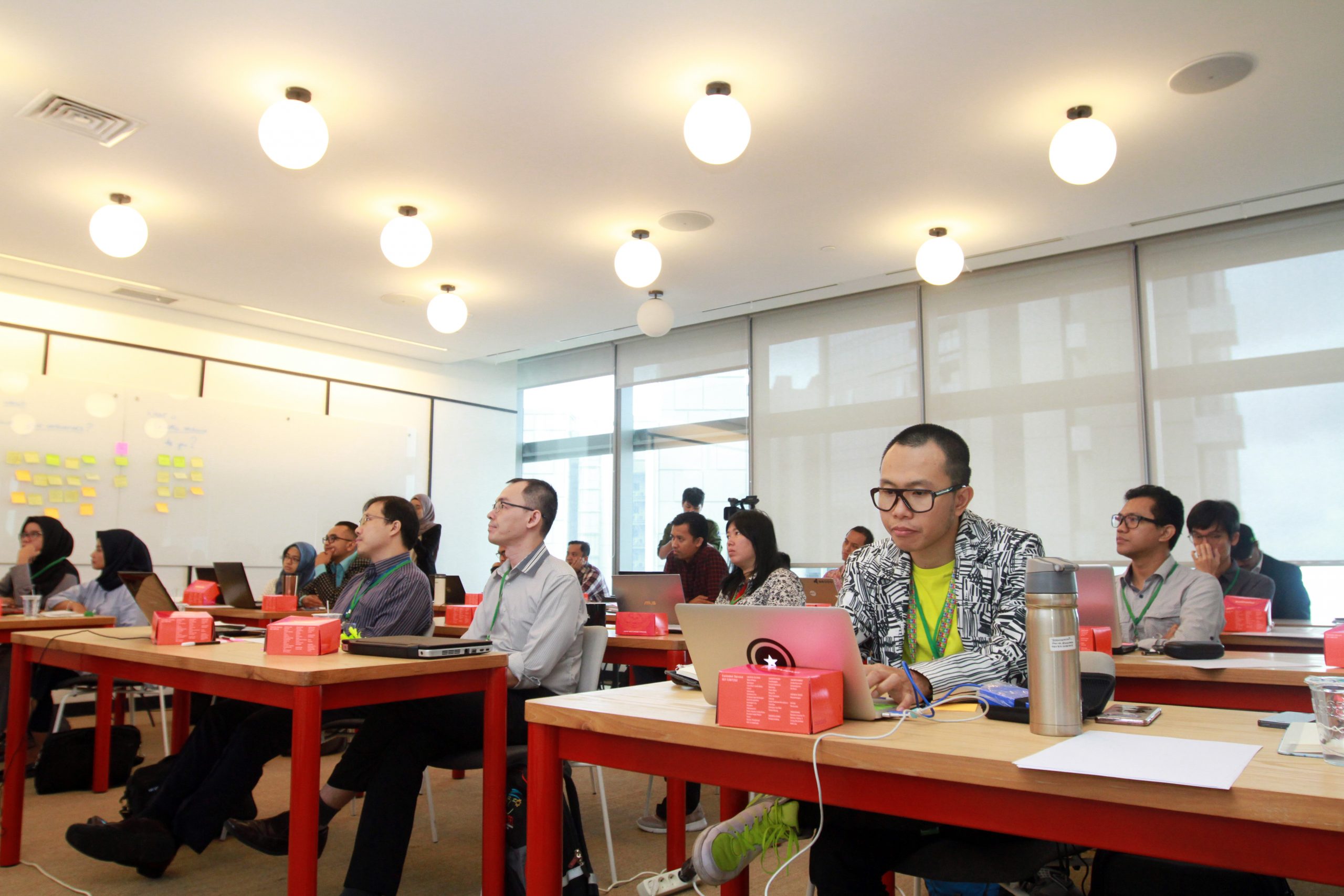 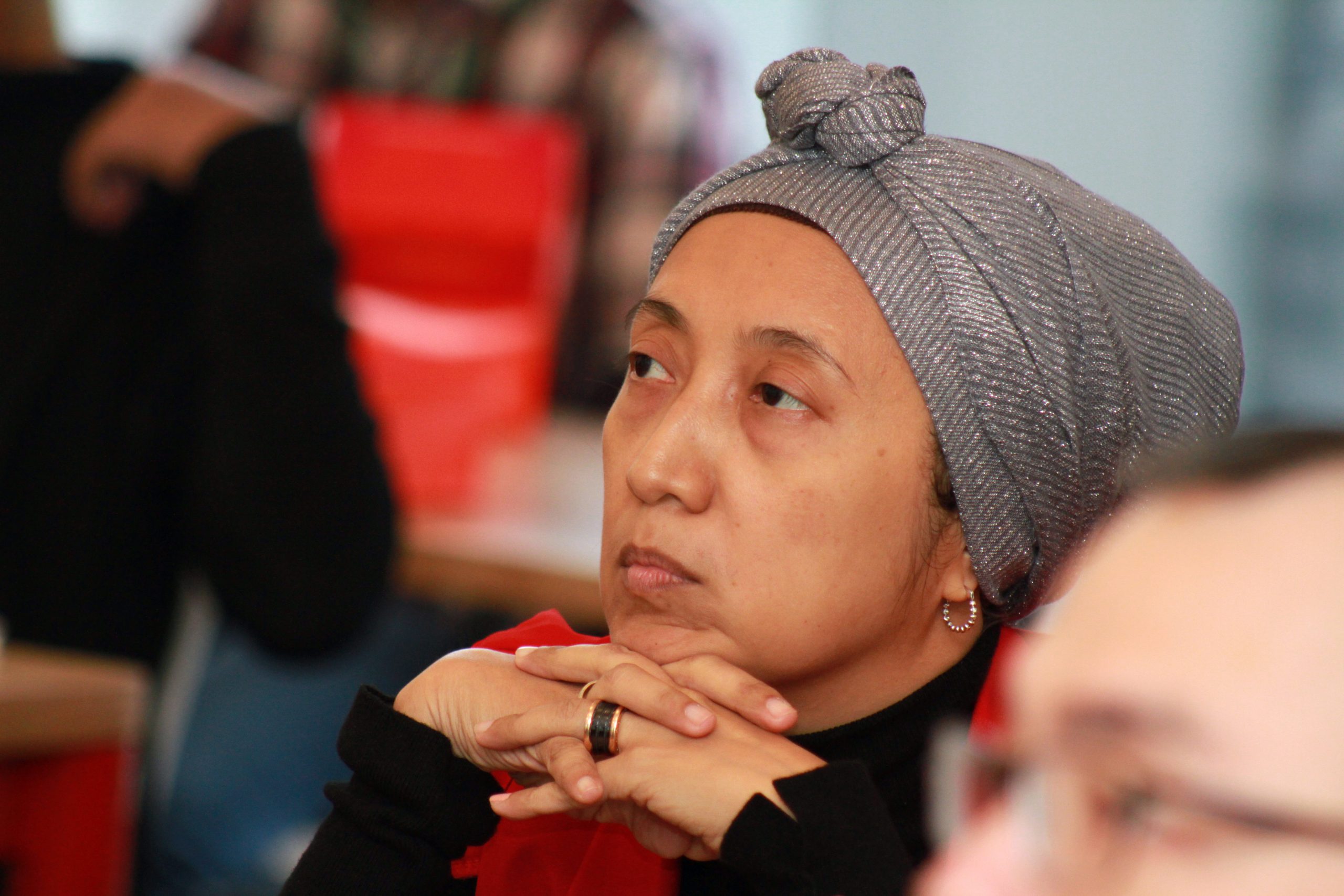 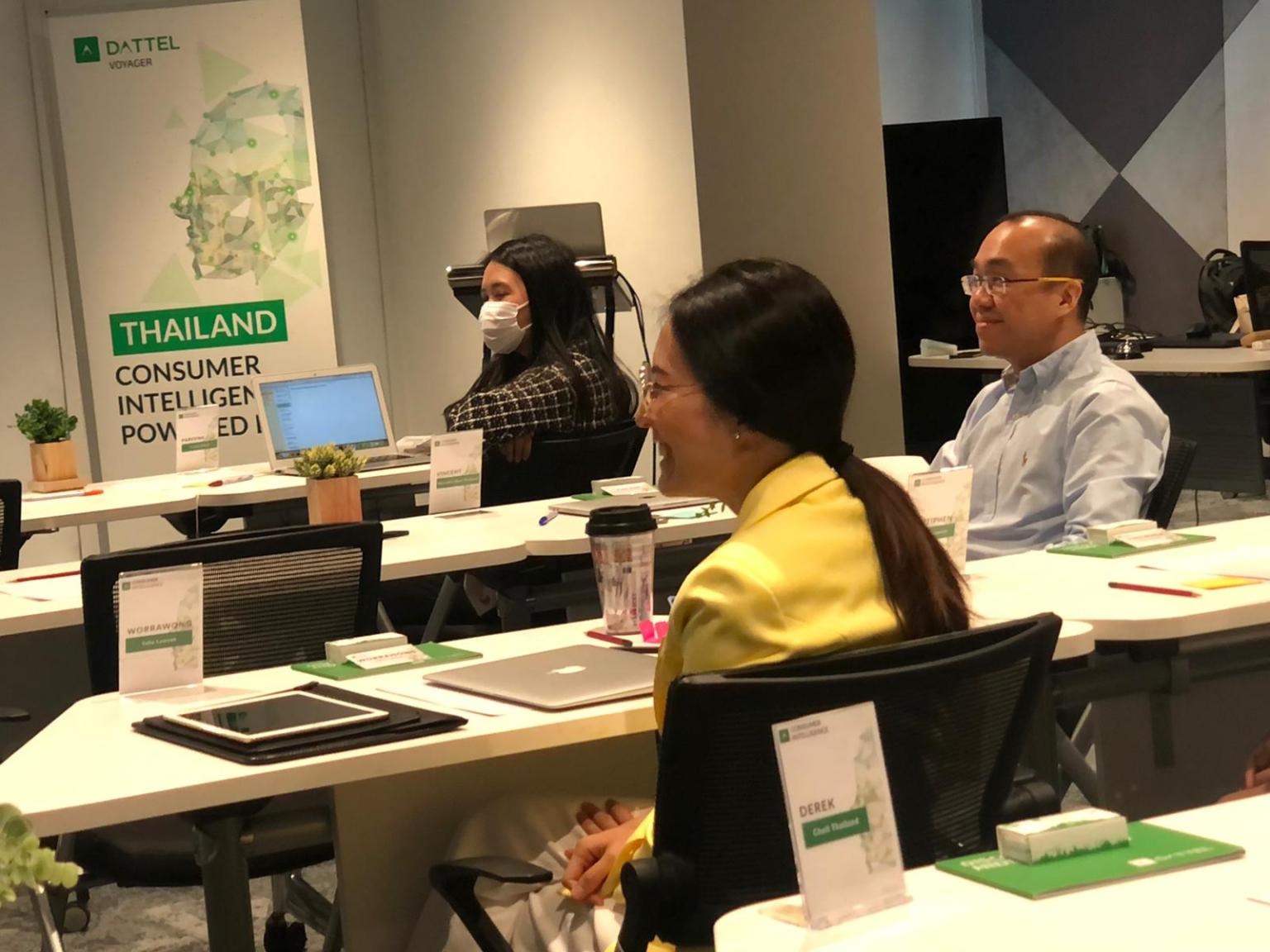 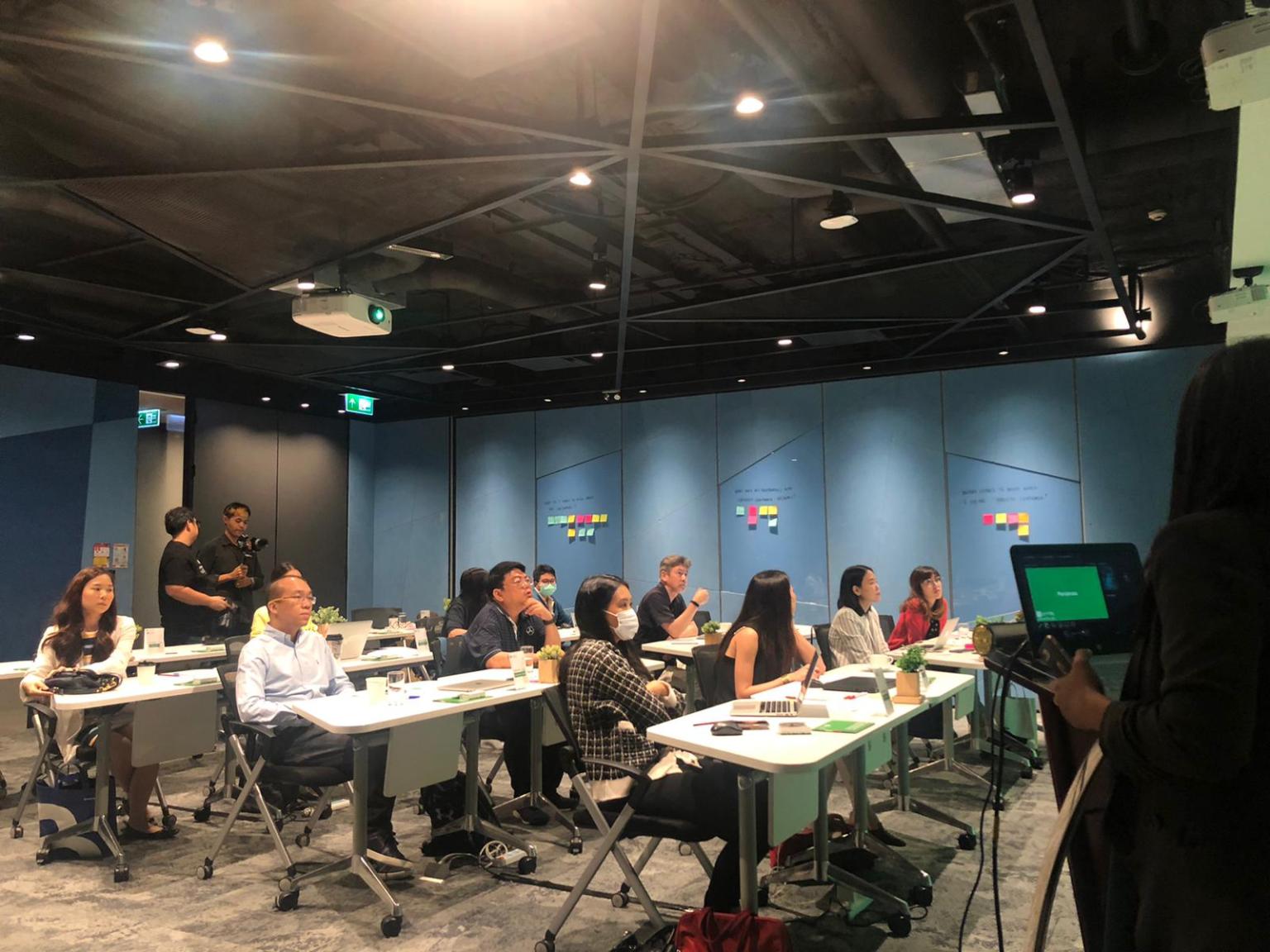 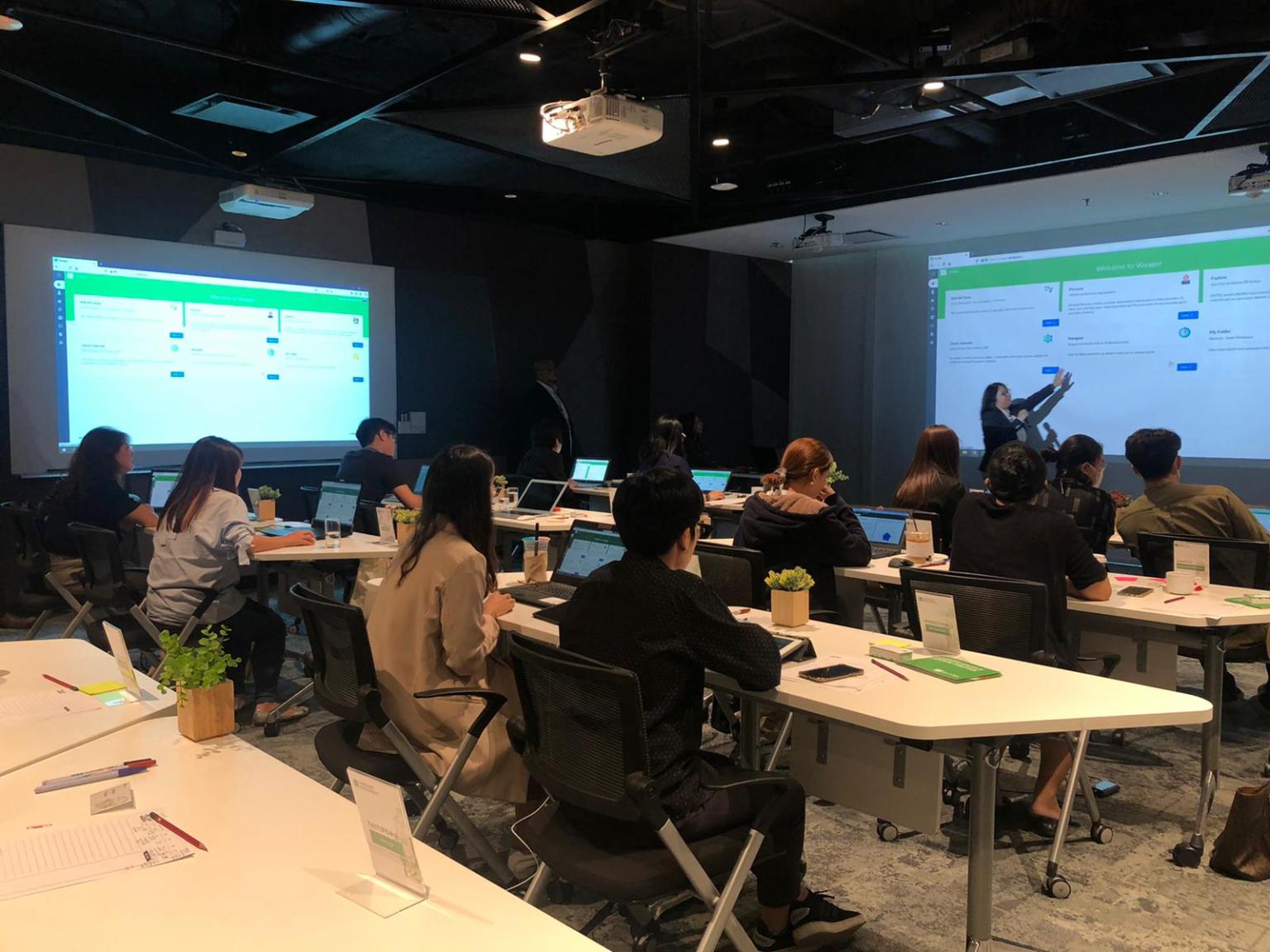